FAQs about the Webinars

Can anyone join?
Yes. All of our monthly webinars are open to the public.

Can we ask questions during the webinar?
Yes. You can either use your microphone to ask a question or type it in the chat box on the screen.

How do I join?
You just need to click on a link to join the webinar. The link to each webinar will be publicised on this page.
The link will be activated 15 minutes before the webinar starts.

On which devices is the webinar available?
On desktop and laptop computers and on tablets and mobile phones except for Apple devices. 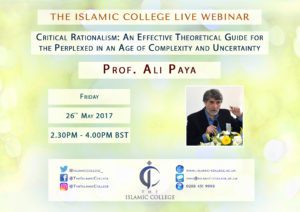 Critical Rationalism is a way of life and a philosophical framework and outlook. Some of its main tenets are as follows:
‘The quest for knowledge and truth, for “emancipation through knowledge,” 1 and “spiritual freedom”.
‘Critical Rationalists recognize that any particular expression of the truth is fallible, limited, and not final. In view of this recognition, they seek undogmatically to subject all attitudes, ideas, institutions, traditions, so-called knowledge and so-called freedom, to critical examination and appraisal: “Rationalists are those people who are ready to challenge and to criticize everything, including … their own tradition.”
“We must recognize everybody with whom we communicate as a potential source of argument and of reasonable information and take the attitude that I may be wrong and you may be right, and by an effort, we may get nearer to the truth.”
In this webinar I shall introduce the principal metaphysical, epistemological and methodological aspects of this way of life/philosophical outlook. I shall also try to show that why and how this particular theoretical perspective responds most effectively to the intellectual needs of those religious individuals who do not want to be deluded by the mistaken approaches of the so-called literalists to the Quran and Ahadith and religious teachings in general. 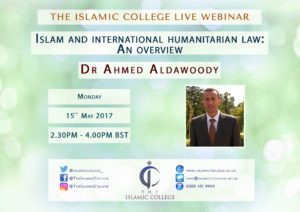 With armed conflicts taking place in so many parts of the Muslim world, the Islamic law of war is as indispensable as ever for the protection of civilians and other persons hors de combat. Over the centuries, classical Muslim jurists have provided an impressive legal literature, which, in the same way as international humanitarian law (IHL), brings humanity in war. 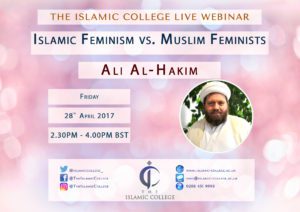 In many articles and writings one may observe ‘Islamic Feminism’ as if it were identical and manifested in Muslim feminists. The main discussion of those misleading literature focuses on feminists’ ideas and criticisms of the practices, cultures and traditions of Muslims, as though Islam and Muslims were one and the same thing, whilst between them is a gap so cavernous as the one between Al-Farabi’s ‘The Noble Society’ and the corrupt Muslim regimes. To be more precise, one has to distinguish between Muslim feminists and what is eventually called by Dr. Lois Lamya aI-Faruqi ‘The Islamic Feminism’. In this webinar, our intention is to highlight the distinctive features of the Muslim feminists, compared with the Islamic Feminism. 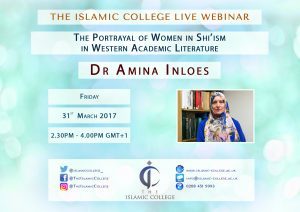 A discussion of women in Islam is one of the most contentious and politicised subjects in contemporary studies of Islam and has been intimately tied with questions of “West versus East” and the colonialist project. It remains a flash point for perceived civilisational conflict in the media today. With that in mind, this webinar will explore the discussions of women in Shi’ism that appear in literature on Shi’ism published in the West. What kind of underlying assumptions are brought to the literature? Are there any particular slants characteristic of the literature? What about the influence of other subjects, such as Biblical studies? It is hoped that such an evaluation can lead to a more critical reading of the literature, as well as bring to light questions about the position of women in Shi‘i thought. 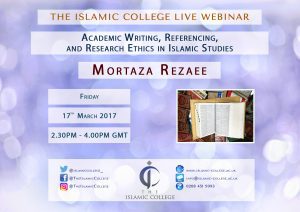 The webinar addresses the main principles and standards of academic writing and the importance of following such standards up in writing academic essays. The following questions will be dealt with in this session: how coherence could be kept in academic writing, how essays could be written with high clarity, and what are the main aims and objectives of a research proposal components. Also, the method of selecting a topic for writing an essay or a dissertation will be explored. Last but not least, the research considerations which need to be taken into account when doing a research will be highlighted at the end of the webinar. 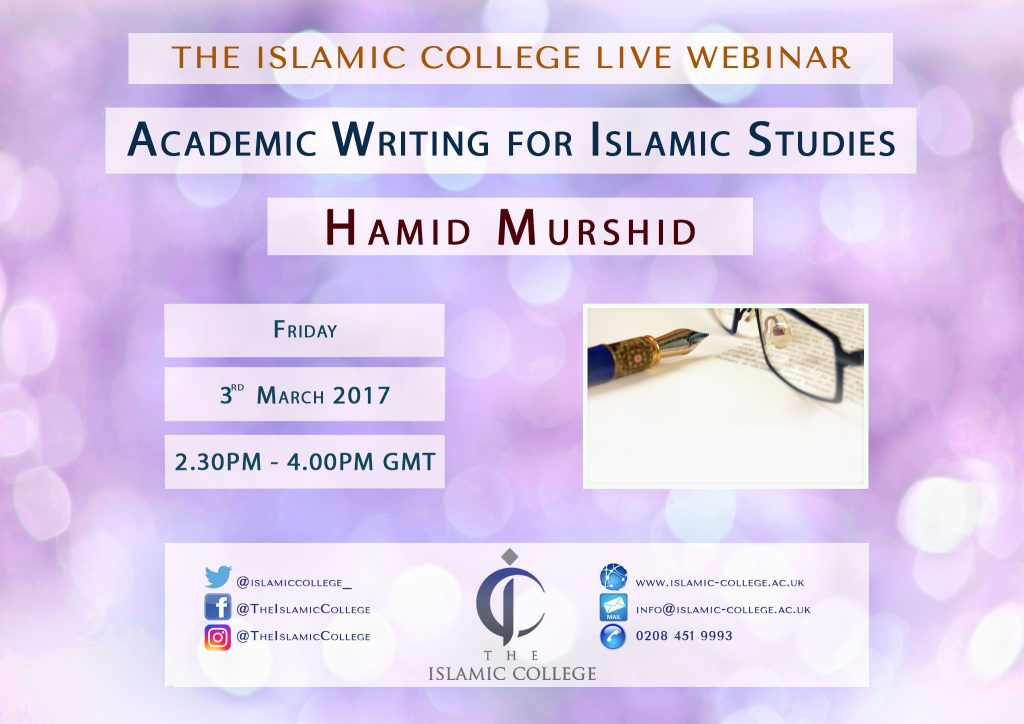 The webinar covers practical advice on how to improve one’s writing in general and formal academic writing in particular. The emphasis will be on clarity of presentation, critical reasoning, and sound argumentation. There will be a short review of a number of common logical fallacies which ought to be avoided in thoughts and arguments. The participants will be presented with samples of academic writings from the works of leading writers in the field of Islamic scholarship. Issues such as the choice of appropriate fonts for the Islamic Studies, the transliteration styles of two leading writing style manuals in Social Sciences and Islamic Studies, namely,  IJMES and ICAS Press and effective application of transliteration conventions are among the topics to be discussed in the webinar. 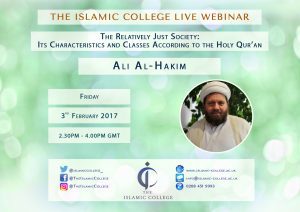 The human societies have existed since ancient times when many mini social units were formed, i.e. the family. Social scientists have examined the human society as a phenomenon and divided it into different types.

Such questions as leadership and justice remain as the most important topics relevant to the social reality. For a long time many thinkers, as well as Muslim laymen, held the assumption that as long as a society was led by a divinely perfected leader, the said society would be on the path to a bright future.

In this webinar we’ll discuss the existence of different classes within such a relatively just society, proving that it is far from strange to accept that this kind of society is not guaranteed glorious futures, unless the majority of their members have embraced –theoretically and practically- the divine ideals and values of their just leaders. 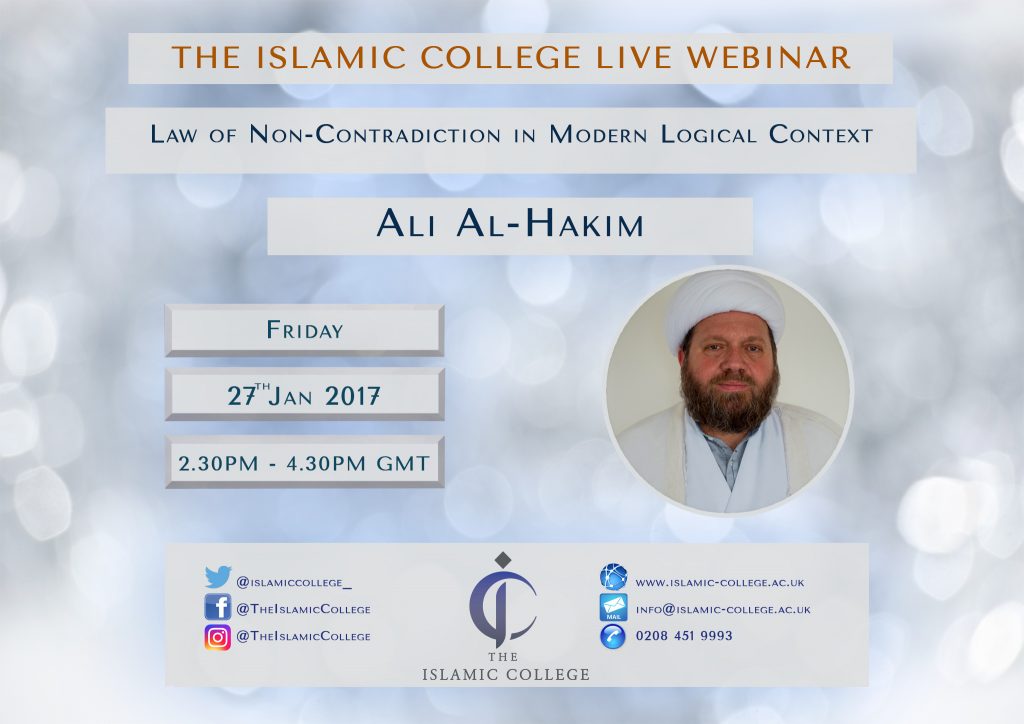 The law of Non-Contradiction (LNC), despite its importance and the claims to be a clear and axiomatic philosophical principle, but it’s -without a doubt- a very misunderstood and very vague for the majority of Human beings.

We will highlight the definition of the principle and elaborate on its importance and the main challenges that has been facing during the last century and this century.

The challenge from the previous century was presented by the Marxist epistemological thinkers, mainly by Karl Marx himself. He has claimed that it is incorrect to claim that this principle is axiomatic, as it can be argued against the impossibility! He mentioned about the conflict amongst the social classes as a perfect example of the possibility of the existence of contradiction.

The second challenge was presented during the last century. However it was modified and was presented accommodating most of the old and new famous spurious doubts about it. The modern opposite of the LNC, is indeed Dialetheism.

In this lecture, we will work on defending the principle of LNC and try to answer those spurious doubts and modern challenges. 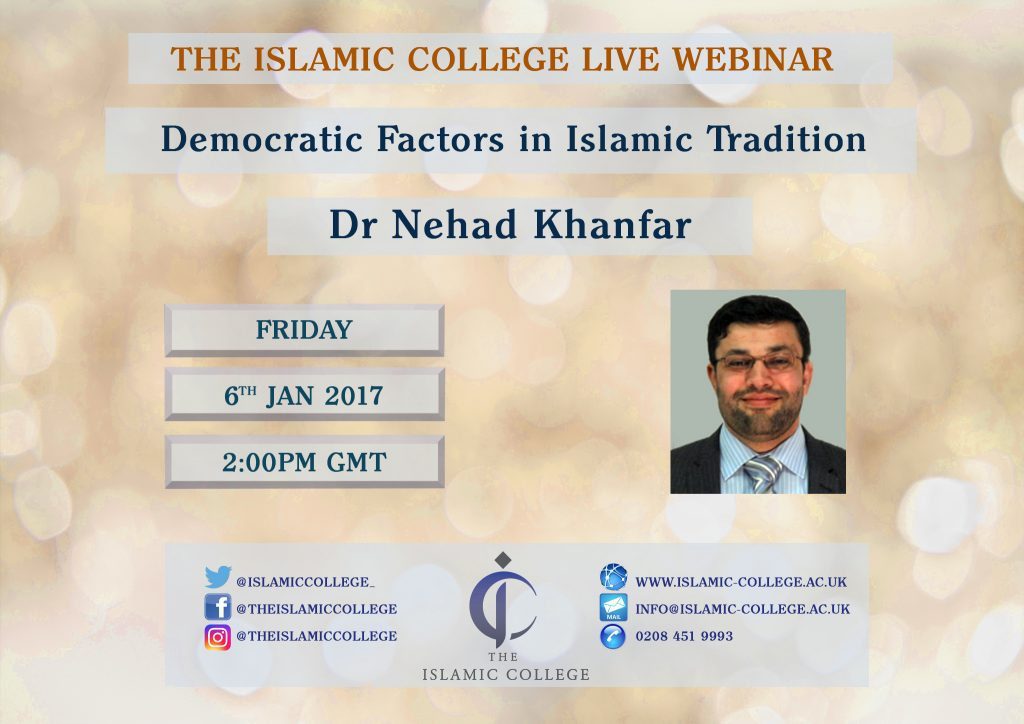 Many sceptics question Islam’s compatibility with democracy. In this webinar, we will discuss the context in which the Qur’an establishes and encourages democratic practices within Muslim and non-Muslim communities. We will also shed light on the practice of Prophet Mohammad and examine the extent to which he engaged in democratic interaction during his social and political governance. Furthermore, we will tackle some misconceptions about democracy and Islam as expressed by Muslims and non-Muslims. 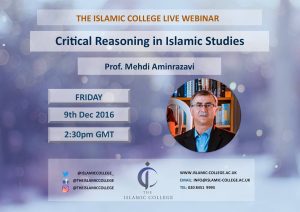 Critical thinking, analysis, and reasoning constitutes the essence of academic work. In this webinar, we will discuss the guiding principles of critical reasoning within the context of Islamic studies. We will examine such topics as how to construct or deconstruct an argument, and how we can take certain principles to be axiomatic – such as the existence of God – while still adopting an intellectual and critical approach to studying it.