Muslim Views of the Bible up to the 5th/11th Century 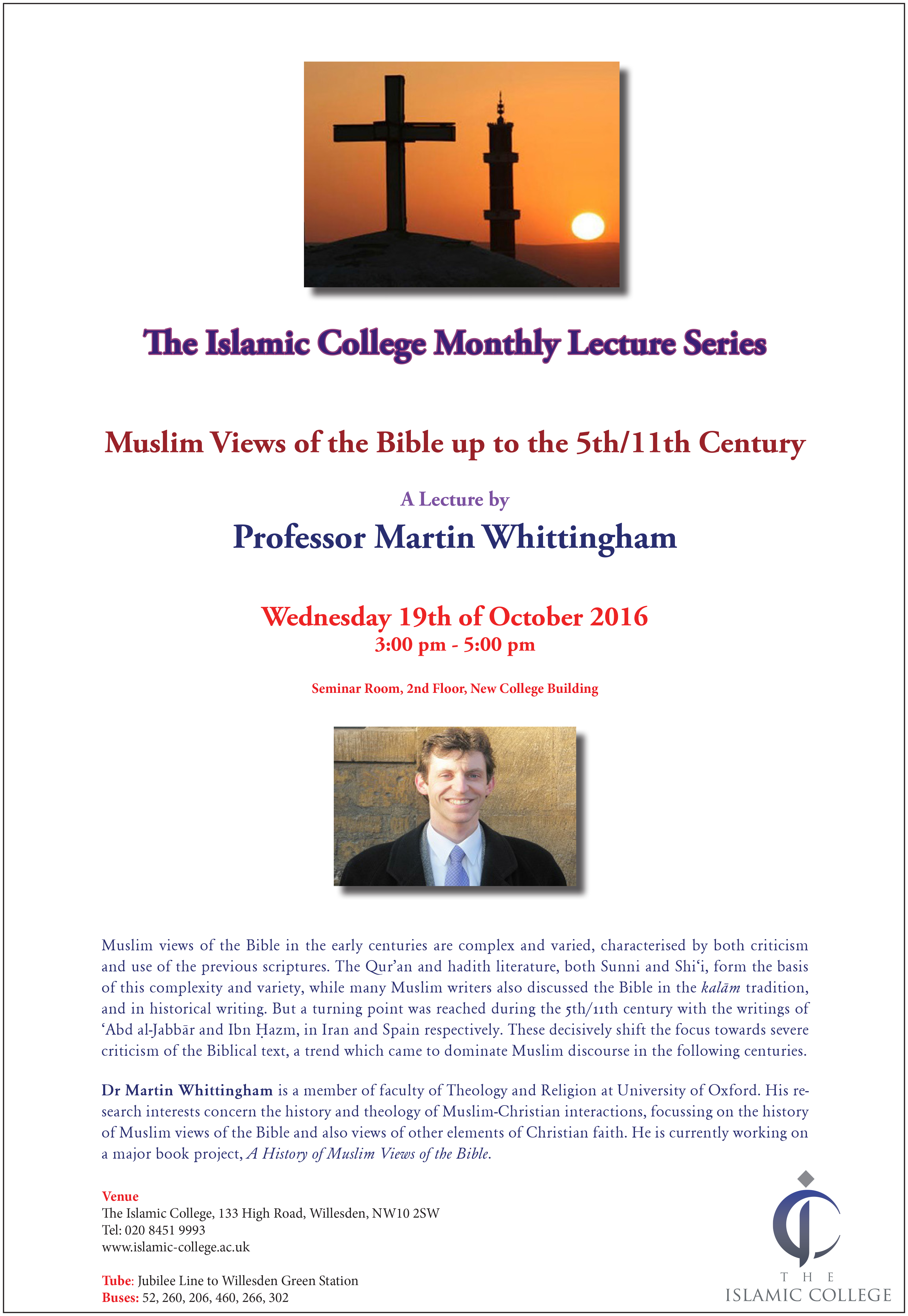 The next in The Islamic College’s monthly lectures! Professor Martin Whittingham talks about ‘Muslim Views of the Bible up to the 5th/11th Century’.

Muslim views of the Bible in the early centuries are complex and varied, characterised by both criticism and use of the previous scriptures. The Qur’an and hadith literature, both Sunni and Shi‘i, form the basis of this complexity and variety, while many Muslim writers also discussed the Bible in the kalām tradition, and in historical writing. But a turning point was reached during the 5th/11th century with the writings of ‘Abd al-Jabbār and Ibn Ḥazm, in Iran and Spain respectively. These decisively shift the focus towards severe criticism of the Biblical text, a trend which came to dominate Muslim discourse in the following centuries.