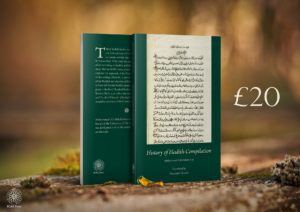 Today, hadith books are taken for granted, but, in the first century after the Prophet (S), it was by no means certain that the Prophet’s words would be transcribed. Why were the early Muslims so ambivalent about recording the hadith, and did the ban on writing hadith mean that no hadith manuscripts survived? This new study explores the approach of the Prophet and the twelve Imams to the writing of hadith. It uncovers numerous Companions of the Prophet and students of the twelve Imams who are said to have left behind hadith manuscripts. Special attention is given to the Four Hundred books considered foundational to Twelver Shi‘ism, as well as the famed ‘Book of Ali’ (Kitab Ali) and ‘Scroll of Fatimah’ (Mushaf Fatimah). This is a succinct, insightful overview of the history of hadith in early Islam.

You can order your copy online here or by emailing bookshop@islamic-college.ac.uk