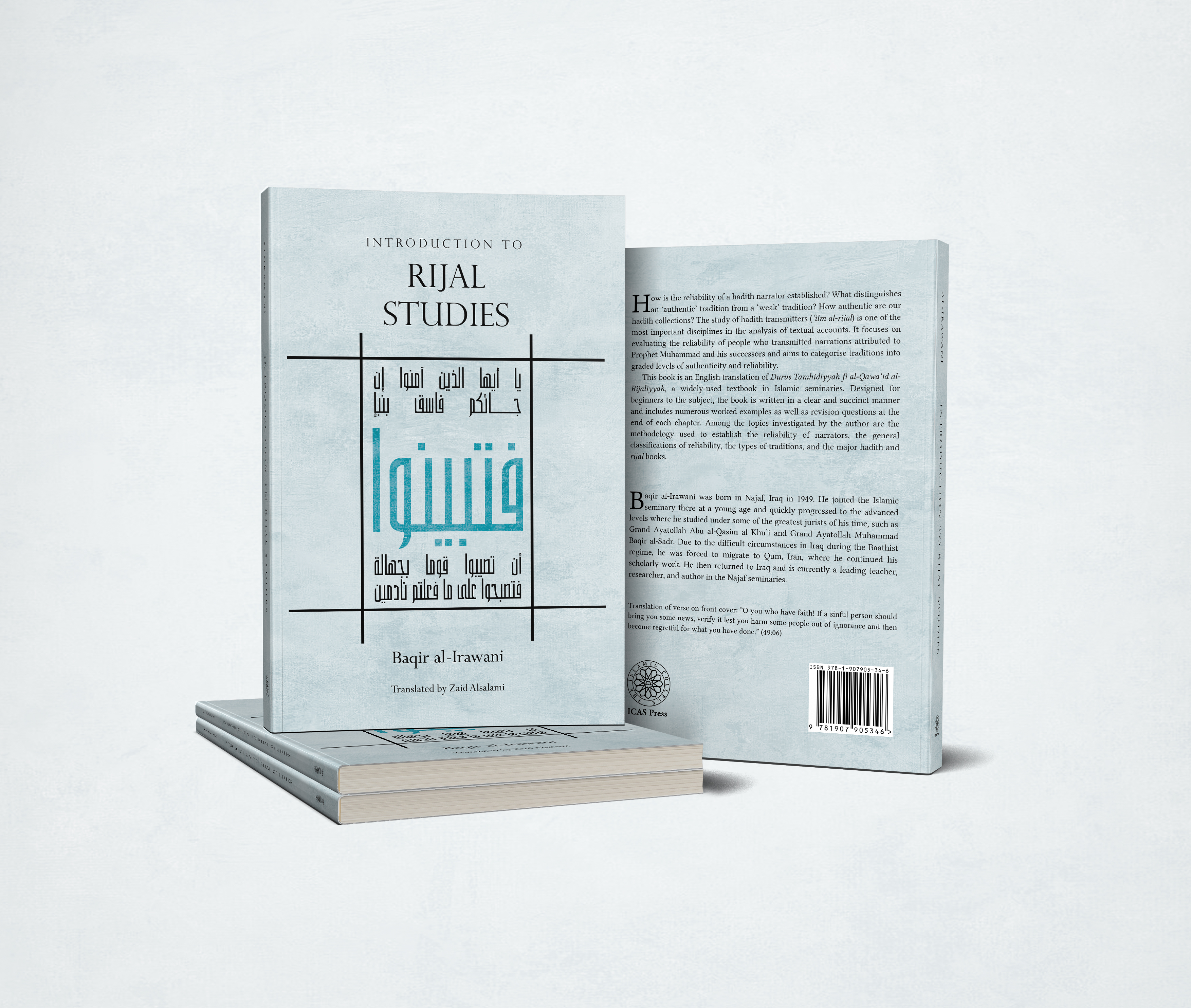 Introduction to Rijal Studies is an English translation of Durus Tamhidiyyah fi al-Qawa’id al-­Rijaliyyah, a widely-used textbook in Islamic seminaries.

Designed for beginners to the subject, the book is written in a clear and succinct manner and includes numerous worked examples as well as revision questions at the end of each chapter. Among the topics investigated by the author are the methodology used to establish the reliability of narrators, the general classifications of reliability, the types of traditions, and the major hadith and rijal books.

Ayatollah Baqir al-Irawani was born in Najaf, Iraq in 1949. He joined the Islamic seminary there at a young age and quickly progressed to the advanced levels where he studied under some of the greatest jurists of his time, such as Grand Ayatollah Abu al-Qasim al-Khu‘i and Grand Ayatollah Muhammad Baqir al-Sadr. Due to the difficult circumstances in Iraq during the Baathist regime, he was forced to migrate to Qum, Iran, where he continued his scholarly work. He then returned to Iraq and is currently a leading teacher, researcher, and author in the Najaf seminaries.

You can order your copy online here or by emailing bookshop@islamic-college.ac.uk