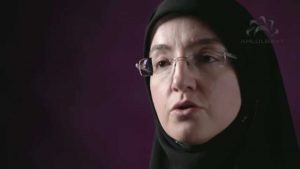 Similarities between Shī‘ī and Sufi doctrine have long been noted, but little analysis has been made on how and why these developed. Taking a central tenet of both, walāya, this paper discusses several of its key aspects as they appear recorded in Shī‘ī hadīth collections, and as they appear later in one of the earliest Sunnī Sufi treatises. By extension, it seeks to explore the identity of the awliyā’ and their role in relation to the Twelve Imams. It also traces the reabsorption into Shī‘ī culture of the the Sufi definition of walāya.

Dr Rebecca Masterton has graduated with a PhD in Islamic and francophone literature of West Africa from the School of Oriental and African Studies, University of London in 2006. Having taught for fifteen years, she is now the director of Online Shi‘a Studies. Her academic papers are available on Academia.edu